You are here: Home / Archives for Berlin Wall fall 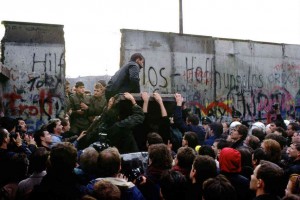 On Sunday Germany celebrates the 25th anniversary of the night the Berlin Wall fell, a headstone moment in the collapse of communism and the start of the country's uprise as the major power at the heart of Europe. A nine-mile chain of lighted balloons along the former border will be released into the air early Sunday evening, around the time on Nov. 9, 1989 when a garbled announcement by … END_OF_DOCUMENT_TOKEN_TO_BE_REPLACED