You are here: Home / Archives for beck 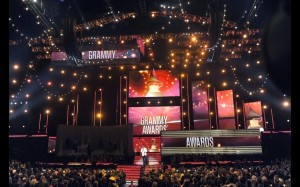 The 57th Annual Grammy Awards that will take place in 2015, airing February 8th on CBS, have already had their list of nominees announced. While the whole list is currently available from various sources on the internet, the most expected category has probably been the Album of the Year. It is currently being led by Beyonce, the most nominated female in Grammy history, alongside Pharrell and … END_OF_DOCUMENT_TOKEN_TO_BE_REPLACED