You are here: Home / Archives for americans killed 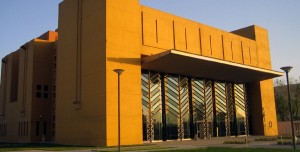 A suicide attack in Kabul on Tuesday resulted in the deaths of a Polish service member and two Americans near the U.S. Embassy after the bomber attacked a foreign motorcade. Apart from the three deaths, five others were wounded according to statements from the NATO-led international military coalition activating in Afghanistan. Wounded comrades immediately received CPR from Security Forces … END_OF_DOCUMENT_TOKEN_TO_BE_REPLACED