You are here: Home / Archives for American children 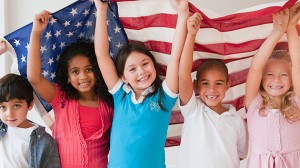 In an encouraging development, a new study has found that America has become a safe place for children to live in despite all the national headlines about school shootings and other forms of violence against them. According to the study, the incidences of violence and crime against children such as assaults, bullying, shooting, sexual crime have declined significantly. The study has been … END_OF_DOCUMENT_TOKEN_TO_BE_REPLACED