You are here: Home / Archives for ambush 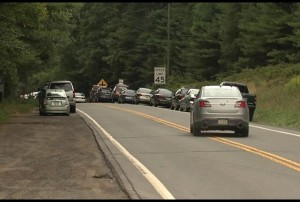 The shooting that took place last week, in which a Pennsylvania State Police officer lost his life is still under much controversy, however, authorities have now finally identified a viable suspect. After having zeroed in on the suspect, an arrest warrant will soon follow. According to recent information, authorities are now searching for a man that either owns or has rented a Jeep that was … END_OF_DOCUMENT_TOKEN_TO_BE_REPLACED