You are here: Home / Archives for aircraft downed 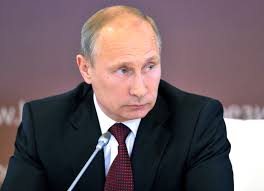 Vladimir V. Putin seemed to also try a unique combination of conciliation and bravado when he searched for a way of compromise while not actually agreeing with the West. His gesture of offering comforting words via video statement could be doubly interpreted as it was released during the night, precisely when pro-Russian separatists started releasing the bodies of the Malaysian Aircraft and … END_OF_DOCUMENT_TOKEN_TO_BE_REPLACED