You are here: Home / Archives for Afghanistan CIA prisoners 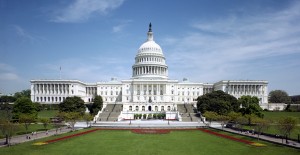 Further research shows that CIA’s illegal torture operations were not concealed from high-level government officials who, on the contrary, have also backed up and covered the agency’s illegal deeds by various means. The recent U.S. Senate report shows that since 9/11 the CIA has been covertly torturing about 100 people, while 26 weren’t even supposed to be interrogated. The report led to a huge … END_OF_DOCUMENT_TOKEN_TO_BE_REPLACED