You are here: Home / Archives for 700-Year-Old Virus from Ancient Caribou 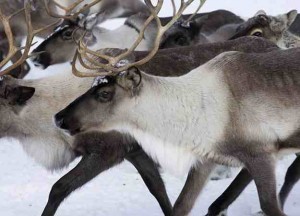 Scientists have managed to revive a 700-year-old virus from ancient caribou feces and used it to infect a living plant. This was done mainly to show that global warming could do the same to a plethora of other infectious viruses that are believed to be extinct. Genetic engineering has helped scientists replicate extinct viruses and study them. Because there was no way to preserve ancient … END_OF_DOCUMENT_TOKEN_TO_BE_REPLACED