You are here: Home / Archives for 2015 solar flare images 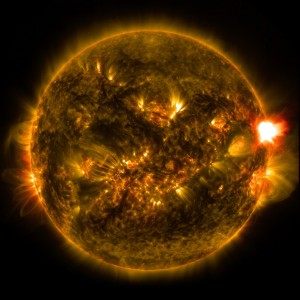 NASA has already had a good start to 2015, what with new discoveries and sharing beautiful images. Now, they have also released images of 2015’s first solar flare, which occurred on Tuesday. The images were captured by NASA’s Solar Dynamics Observatory, which studies how solar activity is created and how it causes Space Weather. Solar flares are powerful bursts of radiation from the sun, … END_OF_DOCUMENT_TOKEN_TO_BE_REPLACED