You are here: Home / Archives for 2 killed 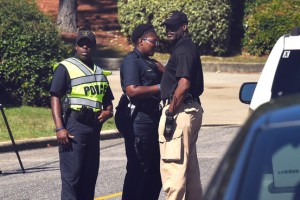 In a shooting at an Alabama UPS facility on Tuesday morning, a man killed two people and himself after entering the UPS warehouse in Birmingham. Police officers say that the shooter had been fired by the company one day before the attack. Birmingham police identified the shooter as Kerry Joe Tesney, a 45 year-old living in Trussville. He murdered two UPS workers on Tuesday morning, and while … END_OF_DOCUMENT_TOKEN_TO_BE_REPLACED