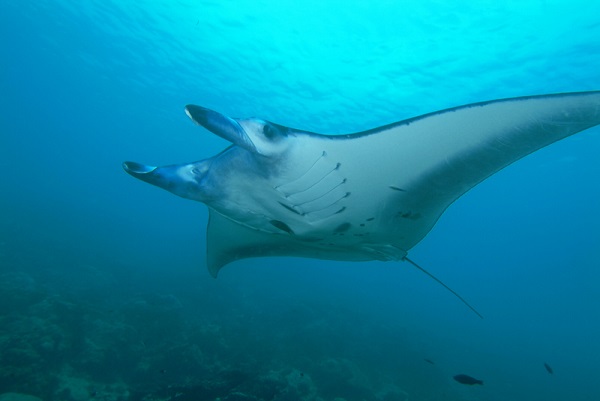 Scientists have rarely observed baby manta rays as how they spend their juvenile years has been largely a mystery. But a group of marine biologists recently discovered what may be the world’s first known manta ray nursery.

A study detailing the finding appeared this week in the journal Marine Biology.

The juvenile life stage for oceanic mantas has been a bit of a black box for us, since we’re so rarely able to observe them,

Stewart and his team are confident that the finding could help researchers better understand manta rays before they reach adulthood.

The unique nursery was spotted in the Gulf of Mexico, about 100 miles off the Texas coast within a protected area called the Flower Garden Banks National Marine Sanctuary. The sanctuary is home to corals, whales, sea turtles, and giant manta rays.

For the study, scientists sifted through 25 years of records about manta rays inside the sanctuary. The patterns on the animals’ undersides are so unique that researchers can precisely locate a single individual within a colony.

The data revealed that nearly 95% of all manta rays in the area had not reached adulthood. This means that researchers stumbled upon a nursery. It is unclear why the nursery is located in the sanctuary, but study authors speculate that the young marine animals may be drawn by the warm waters and depth.

The water is warm enough to warm up manta rays after a hunting session into the deeper and colder waters, while the depth is keeping the manta rays outside the view of their natural predators.