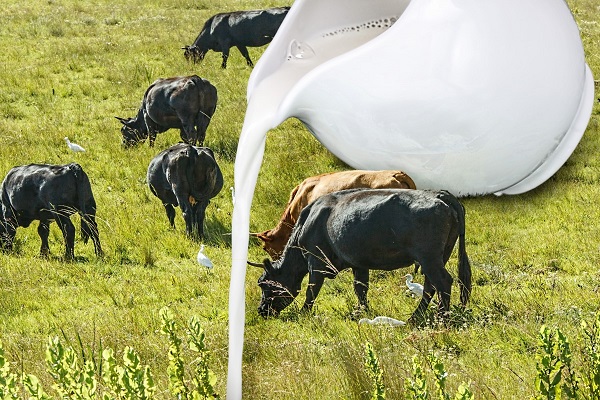 A milk processing plant in Louisville, Kentucky, is about to close as Walmart cut ties with milk processor Dean Foods. The retail giant decided that it is cheaper to make and process its own milk, but the decision is killing dairy farmers’ businesses and dozens of jobs at processing plants nationwide.

Union officials in Kentucky confirmed that the latest plant to be shut down is one of the seven plants affected by Walmart’s decision. Dean Foods will no longer supply the company with milk for the Great Value brand.

Last month, more than two dozen farmers learned that their contracts with Dean Foods would expire this month, and dozens of workers were notified that they would lose their jobs this fall.

Farmers are aware that the milk industry has been undergoing many changes over the last years. Exports have reached a plateau while consumers are switching to alternatives like soy milk or almond milk.

Walmart to Make Its Own Milk

Meanwhile, Walmart decided to open its own dairy processing plant, which got many out of business. Kentucky’s dairy farmers must now close farms and 60 workers at the Louisville dairy processing facility are left without a job.

The closing of the Louisville facility will occur at some point in September or October. On June 12, Dean Foods will unveil more info about employee benefits. The Louisville facility includes a dozen or more production managers and 48 workers plus office staff. All these people will lose their jobs despite Dean being “a good place to work,” in a local official’s words.

Dean had been Walmart’s supplier for the Great Value brand for years. Under the contract with Walmart, Dean was supposed to supply up to 95 gallons of milk by the end of 2018 and throughout 2019.
Image Source: PxHere