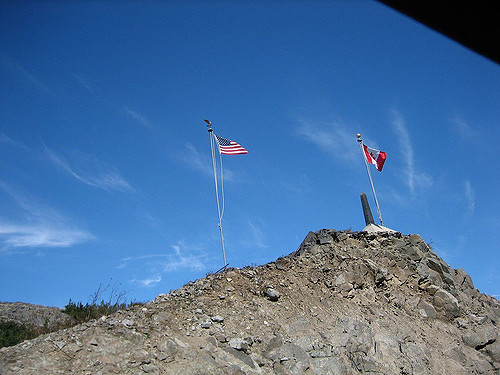 A French jogger landed in the U.S. Border Patrol’s custody after crossing the U.S.-Canada border unwittingly. The 19-year-old woman spent two weeks in a Washington detention center before she was “deported” to Canada.

U.S. authorities explained that the incident was the result of the Trump administration’s zero tolerance policy when it comes to illegal immigration.

Cedella Roman told reporters in French that she went for a jog last month in British Columbia near the border. She unintentionally jogged past the border into Blaine, Washington.

When she stopped to take a selfie, she was approached by two Border Patrol officers on the U.S. side of the border.

He stopped me and started telling me I had crossed the border illegally. I told him I really hadn’t done it on purpose, and didn’t understand what was happening to me,

Unfortunately, Roman had no papers so she couldn’t be identified. She recalls the officers put her in a “caged vehicle” which took her to a detention facility. She was asked to remove the jewelry and she was “searched everywhere.”

U.S. authorities arrested the teen on May 21. She was sent to a jail in Tacoma, Wash. The Customs and Border Protection noted that any person that enters the country at an unofficial location will be detained and processed accordingly.

The agency underlined that individuals who approach an international border should make sure that they do not cross it illegally. About three days after the French woman was arrested, the U.S. Border Patrol received her documents.

It took U.S. and Canadian authorities nearly two weeks to send her back to Canada. Meanwhile, the woman spent two weeks in custody. On June 5, she finally returned home.
Image Source: Flickr