You are here: Home / National News / Alabama 4-Year-Old Is Feeding the Homeless in a Superhero Cape 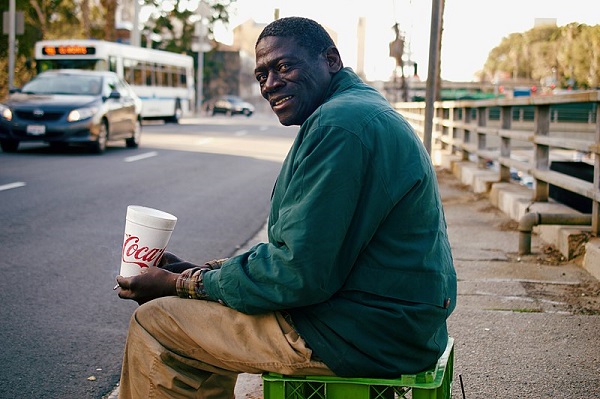 A 4-year-old boy from Alabama is the superhero of the homeless people in Birmingham. Austin Perine is feeding those in need while wearing a superhero cape. Birmingham residents can often see the boy giving money and food to the homeless.

The boy dresses as a superhero because he believes the red cape boosts his speed as it “blows in the wind.” His father said that Austin’s concern about the homeless was spurred by an Animal Planet show. The boy’s father was so impressed by a pair of panda cubs being abandoned by their mother that he decided to make a positive change in the world.

And I said, ‘Well, I guess it’s going to be homeless for a while,

He had to explain to the 4-year-old that those people have lost their homes and jobs and rarely have warm food on their plate. The boy asked him to take him to the homeless instantly.

Feeding the Homeless Is Now the “Highlight” of Boy’s Life

But before doing so, they bought some food. After the encounter with his first homeless man, the little boy was so impressed that he wanted to feed the homeless on a weekly basis. He started spending his allowance on buying food for people living on the street.

Recently, Burger King learned about Austin’s story and gave him an extra $1,000 to his monthly allowance to purchase the food. The superhero in a red cape will use the additional money to buy chicken sandwiches for the poor.

Now, Austin calls himself “President Austin” while on a mission. When asked about the moniker, the boy explains that presidents should feed the homeless as well. In a recent interview with CBS News, Austin said that his mission has become the “highlight of my life.”
Image Source: Wikimedia