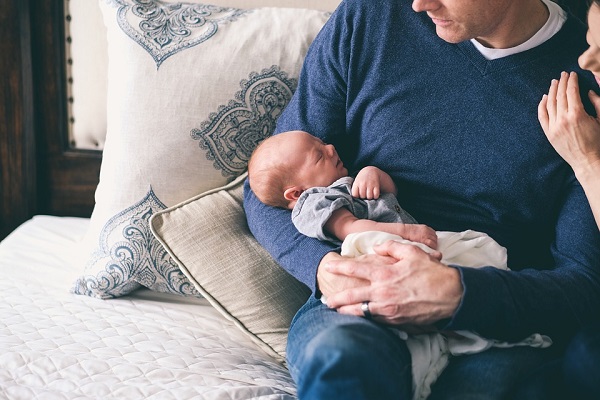 Solomon Polachek insisted that the presence of a father is critical for a baby’s healthy development, and this manifests in later health status. Polachek believes that fathers tend to spend more time with the babies that look like them because they are more certain that the baby is theirs.

The new research involved 715 young families in which only the mothers are rearing their children.

The study confirmed that babies look like their dads were more likely to be healthier after their first birthday than babies who didn’t, even in fragile families. Babies’ resemblance to the father was linked to more time spent by the fathers in positive parenting.

Fathers Show More Interest in Babies that look Like Them

Study authors reported that fathers who didn’t live with the mothers and babies spend on average 2.5 extra days every month in taking care of the babies if they resembled them.

Researchers believe that fathers have a critical role in the health of babies in fragile families.

We find a child’s health indicators improve when the child looks like the father…,

researchers wrote in their study.

Fathers who visited their babies more often also had more time to take care of and supervise their children and to learn more about their health and economic needs.

Researchers believe that the study findings are conclusive enough to influence public policies that will request new fathers to visit their offspring more often in the first months of life to boost the kids’ health in early childhood.
Image Source: Maxpixel