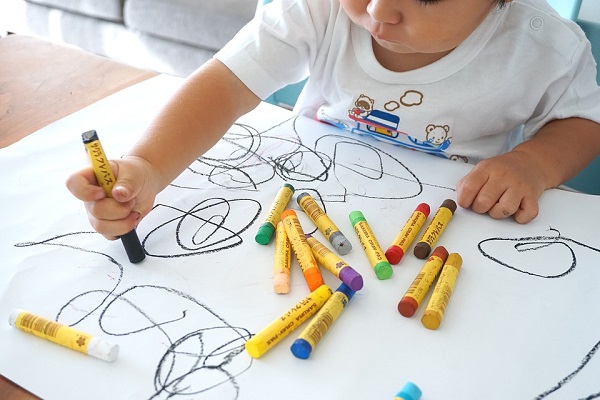 According to a report, increasing numbers of children are lacking muscle development in their hands to hold pencils due to their addiction to technology.

Several pediatric doctors told The Guardian that the condition is more and more commonplace in the Western world where parents equip children with tablets and smartphones from the early ages.

Experts explained that the kids’ overuse of touchscreens in these devices prevents the muscles in their fingers to develop properly.

Children are not coming into school with the hand strength and dexterity they had 10 years ago,

Payne underlined that many children lack the fundamental motor skills to properly hold a pen or a pencil. To hold a pencil, the fine muscles in the fingers need to be developed but children often skip the opportunities to strengthen those muscles.

Dr. Payne believes that the cause is technology since it is easier for a parent to give their child an iPad or spend time with them to teach them drawing or how to handle building blocks or playdough. Because of convenience, children are deprived of the foundation skills they’ll need for handwriting and drawing.

Many children now go to occupational therapists to acquire those skills. Therapists noted that the most common problem is a lack of strength in the index finger which enables the child to hold a pencil correctly.

Some parents realized that replacing traditional toys with a tablet or smartphone has worked against their kids before it was too late. These parents’ wake-up call was a notification from school that their children are holding pencils like cavemen used to hold their sticks. This prevents the little ones from learning how to write.

Experts are concerned that the overuse of technology since early childhood could delay the developing of handwriting in an increasing number of children.
Image Source: Pixabay