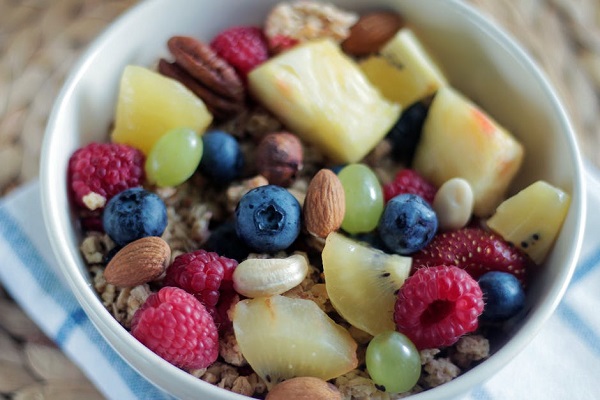 New research suggests that consuming lots of fruits and veggies can cut the depression risk by 11%. A group of U.S. researchers found that the DASH diet can reduce the risk of developing the mental health issue by a significant amount.

The research also found that people who eat lots of processed foods and consume sugary drinks are more likely to be diagnosed with depression than their more health-conscious peers.

Study authors said that they need more research to confirm the findings, but simple lifestyle changes seem to make a huge difference.

The latest study is in line with past research which found that fruits and vegetables can improve the mood and give more energy to people affected by a mental health condition. In the United States, 7% of adults are diagnosed with the condition every year.

The National Heart, Lung, and Blood Institute recommends the DASH diet as a means of keeping in check blood pressure. Past research revealed that the diet can lower blood pressure in as little as two weeks. The diet has also been tied to weight loss.

A team of researchers at Rush University in Chicago tracked nearly 1,000 older Americans for nearly seven years. Volunteers were screened for depression every 12 months.

They also filled out food questionnaires which revealed how many of them followed stricter diets like the DASH diet or Mediterranean diet. Dr Laurel Cherian noted that changing diet can be as effective as medication in preventing depression.

The study results were unveiled last week at the annual gathering of the American Academy of Neurology.
Image Source: Pexels