You are here: Home / Health / Researchers Inching Closer to a Better Flu Vaccine 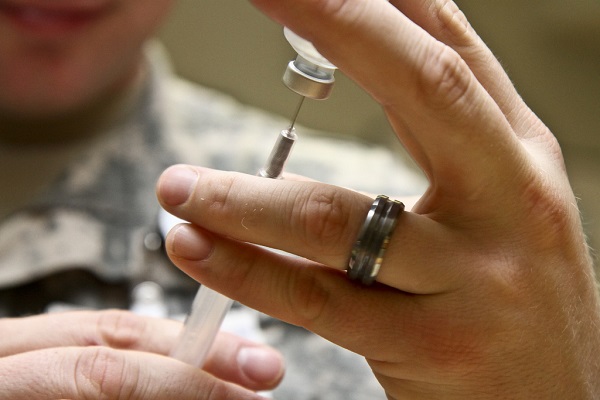 Researchers are working on developing a flu vaccine that offers a stronger and longer protection against deadly flu viruses as current vaccines are not 100% effective.

A new research paper documents the new approach to building one such shot.

Study authors were able to boost the immune system of lab animals with help from a vaccine based on a mutant influenza virus. The highly effective shot was tested only on animals, so it is unclear what its effects would be on human recipients.

Senior author Prof. Ren Sun of the University of California’s David Geffen School of Medicine noted that a better flu vaccine could help reduce flu incidence in the world. Sun warned of “unexpected outcomes” of the vaccine if given to humans now. So, more research is required.

The team wants the new vaccine to come under the form of nasal spray so that people can take it at home. However, the revolutionary vaccine will take years before it can be mass produced.

Also, it first needs to be approved by the FDA. The only nasal flu vaccine on the U.S. market in FluMist, but public health authorities don’t recommend it since the injected version is more effective.

This season, flu activity has skyrocketed in the United States and Europe leading to dozens of deaths. What’s more, this year’s flu vaccine’s effectiveness was just 10% due to a sudden flu strain mutation, which is why many people got sick despite taking the shot.

And to make things even worse, the vaccines are more effective against H1N1 flu strains than H3N2 strains. Since the H3N2 was the star of the show this flu seasson, all the factors lead to an aggressive flu virus.

The new vaccine is more effective because it was built on a mutant H1N1 flu virus that was genetically tweaked to lead to a higher production of interferons, which are proteins that prompt the immune system to get ready to fight a viral infection.
Image Source: Flickr