You are here: Home / Health / Babies Are Not Ready for Solid Food Until Six Months of Age (Study) 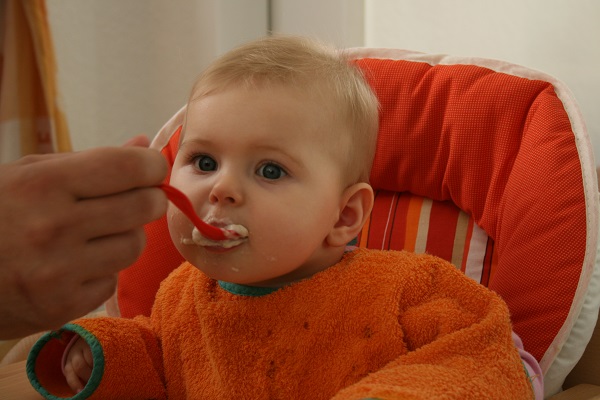 A new study shows that giving babies solid food before six months can up their risk of diabetes and obesity later on.

The new research also shows that only one third of babies are put on solid foods at the right age. The findings confirmed past studies that showed eating solids before the right time can lead to chronic conditions like obesity and celiac disease.

The study was conducted by the Centers for Disease Control and Prevention (CDC) and involved 1,500 infants. CDC researchers sifted through six years’ worth of data.

Parents were asked when was the first time they switched from breast milk or formula to different kinds of food which include baby food, juice, water, or cow’s milk. Researchers found that just 32.5 percent of infants were given solids at the right time.

The study appeared this week in the Journal of the Academy of Nutrition and Dietetics.

What’s more, 16.3 percent of babies were given complimentary food before they were four months old, with 38.5 percent being given solids at the age of four or five months.

Researchers explained that giving babies solid food too early can deprive them of critical nutrients from breast milk and baby formulas. On the other hand, introducing babies to solids too late can lead to nutritional deficiencies and allergies later in life.

In addition, babies who were never breastfed or breastfed insufficiently were more likely to be introduced to solid foods too early. Breast milk is critical for the baby in its first months of life as it contains a lot of iron.

Experts noted that there are signs that the baby is ready for solids like the ability to put soft foods in its mouth, to sit up with little assistance, and to hold its head up. Teething is also a sign that it is time for complimentary food.