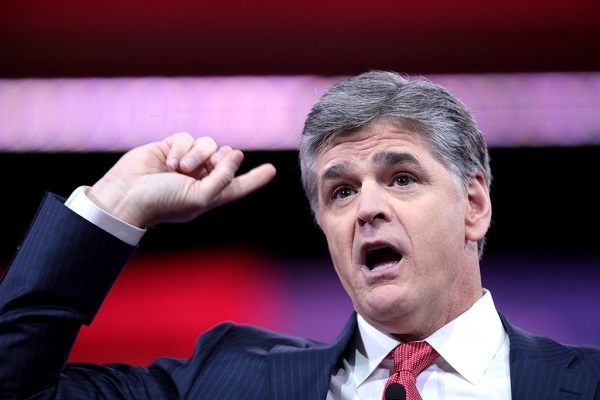 Conservative radio host Sean Hannity encouraged fans to start throwing off of buildings their Keurig coffee makers after the company pulled the ads on his show. Keurig announced a boycott of Hannity’s show after the controversial coverage of former Alabama judge Roy Moore.

Liberals are offended by this video of a Keurig being thrown off of a building.

Please retweet to offend a Liberal.#BoycottKeurigpic.twitter.com/0qbHlmyqcA

The feud between Hannity and Keurig started Thursday, when the Fox News star zoomed in on the Washington Post report that the now-senate candidate Moore harassed teenage girls in his thirties.

Hannity defended Moore dismissing the allegations as a smear campaign against a candidate with deeply held religious views by whom even the GOP establishment is intimidated. The radio host even accused some of the alleged victims of lying for money or other reasons.

A day later, Media Matters for America criticized advertisers for sponsoring Hannity’s show. Media Matters has been leading a campaign against Hannity since May this year.

As a result, Keurig and four other companies pledged to stop airing ads on Hannity’s show. The other companies included Nature’s Bounty and Realtor.com, according to the New York Times.

Nevertheless, it is not the first time the Fox News host faces an advertiser exodus which is one of the reason Bill O’Reilly lost his seat at Fox News earlier this year. But it is the first time Hannity’s base had such a strong reaction both online and offline. Some of them went as far as literally destroying their coffee makers.
Image Source: Flickr