You are here: Home / Health / Kids Now Spend a Lot More Time Using Smart Devices than They Did Four Years Ago 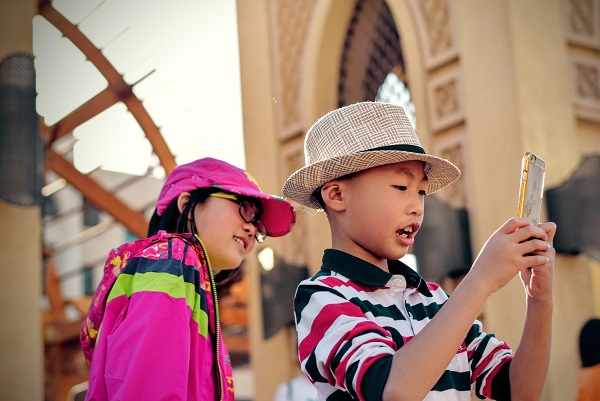 The entire world is now crazy about technology, and this affects even our children. A recent report has discovered how young children are now spending more time on smart devices, as their screen time has tripled over the last four years. Also, more of them now have their own tables and phones, making it easier for them to ignore other activities which do not imply using a smart device.

When it comes to watching different screens, TV included, children younger than eight still spend the same average amount of time during the day, namely two hours. However, over the past four years, the number of kids owning a smart device has significantly increased, which has seriously affected their screen time.

About 42 percent of young children have their own tablet, and almost all of them have at least one smart device in their homes. This led to a significant increase in the time they spend looking at these screens. From 15 minutes spent on the phone in 2013, the time shifted to an average of 48 minutes per day.

Here’s how to make the best of the situation

This can have a serious influence on the development of children. Even toddlers, who are not able to communicate or to walk properly, already know how to operate smart devices. This should attract the concern of the parents. Once kids learn the basics of smartphone and tablets, it’s quite hard to stop them from using them.

Therefore, parents are advised to switch their strategy. Since they cannot force their child not to use smart devices anymore, they can use the time they spend looking at the screens in a constructive way. They can watch educational videos together, or let the kids play games which can actually teach them something.
Image Source: Pexels