You are here: Home / Science / An Exciting Occultation Event Happens Today, As the Moon Will Block the View of Three Planets and a Star 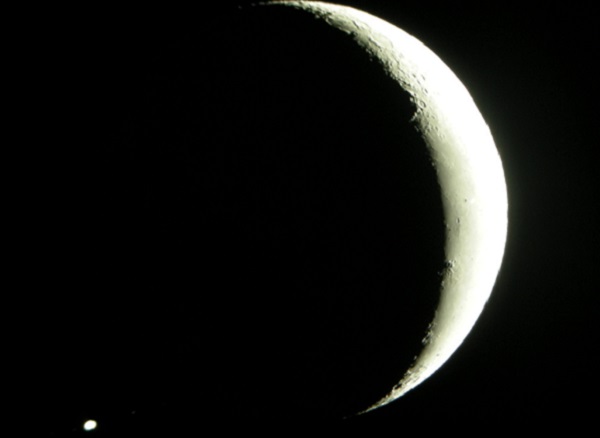 Tonight, we will be able to see a rare occultation event

Tonight, the moon will display a beautiful astronomical show, as it will travel past three other planets and the Leo constellation. This beautiful dance is part of an occultation event, as the moon will pass in front of these cosmic bodies and block their view from Earth. Depending on their location, people will be able to see the moon block the view of different planets, such as Mercury, Venus, Mars, or even Regulus, the brightest star in the constellation in question.

What does occultation mean?

When an object passes in front of a planet or another object and blocks our view towards it, what results is called an occultation. These events are usually quite rare and exciting, and provide us with breathtaking views. For instance, this astronomical event will be the last until 2036 when the moon occults three planets almost at the same time.

Occultations are also related to other major astronomical events. For instance, scientists discovered Uranus had rings during such a phenomenon. In 1977, when the planet occulted a faraway star, they noticed the outstanding features outlined on the bright background provided by the star.

Where will you be able to witness a perfect view of the event?

If you are curious about this latest occultation, you have all the chances to witness it. However, there are certain regions on Earth where people will get better views of the event than others. Hawaii will be the ideal place to see the moon pass in front of Mars around 20:00 GMT tonight. To view Mercury, it will be a bit trickier, as it can be best seen from the South Pacific.

The absolute Venus and Regulus occultation has already been visible in Indonesia, New Zealand, or Australia, between 01:00 and 05:00 GMT. People didn’t stay indifferent, and filled the social media with pictures of the event. More footage is awaited, as the moon will pass in front of the other planets.