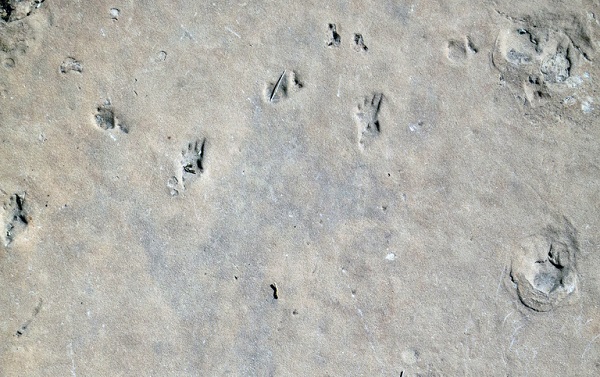 A team of researchers made an interesting discovery, which challenges the previous knowledge we had regarding the evolution of our species. During an expedition in Crete, they found something which looked like human footprints. They managed to establish the age of the prints, namely 5.7 million years. This challenges the previous theory regarding the moment when humans started walking upright.

Plenty of scientific evidence supports the claim that humans diverted from their ancestors in Africa. The earliest specimens of the human species were the hominins. Researchers found several footprints in Tanzania which, most likely, belonged to this species. The footprints were 3.7 million years old, and showed how hominins walked upright.

These hominins lived in Africa until they reached a more human-like appearance. This happened over the course of a few millions of years, and only after did they migrate to other continents, such as Asia or Europe. However, the human footprints from Crete change the story a bit.

The Tanzania footprints are definitely human. However, other prints found in Africa, such as some discovered in Ethiopia, are a little more ape-like. There is a big difference between these prints and the ones in Crete. The latter are definitely human footprints, as they feature a big toe and a ball-like sole.

However, the age and the location of the footprints change everything. Until now, there has been no evidence of a hominin presence in Europe earlier than 1.8 million years ago. Therefore, scientists came to the conclusion that the first split between humans and apes might have taken place in Southern Europe, after all.

However, the evidence to support this claim is quite poor. Apart from these human footprints, there are not many fossils to prove the theory is true. Therefore, scientists remain skeptical until they can find a more thorough body of evidence and can confirm their beliefs.
Image Source: Flickr