You are here: Home / Science / Genetically Modified Pigs – Key To The Future Of Organ Transplants 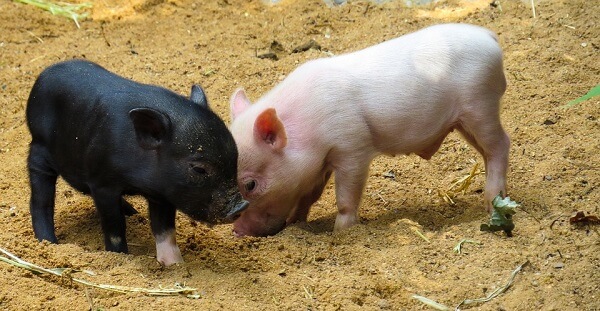 Scientists from eGenesis managed to successfully edit the genes of pigs and remove the viruses hidden in their DNA. The process of xenotransplantation means that scientists finally managed to overcome one of the biggest issues with regards to pig to human organ transplants. These genetically modified pigs represent a significant advancement in gene editing and cloning technology.

The study was published on Thursday in the Science journal.  Scientists report that skin cells were taken as samples from a pig which tests confirmed to be infected with the endogenous retrovirus. For the experiment, researchers mixed the pig cells with human blood. The retrovirus attacked the human tissues, prompting the scientists to use the powerful gene editing tool known as CRISPR. CRISPR removed the virus and scientists used the current cloning technology to copy the edited cells and inject them back into an egg to let the embryo grow.

The process is very complex and inefficient at times, but researchers reported that 37 disease-free piglets were born. Scientists are confident that if the technology is further refined,  it could potentially solve the issues with organ transplants.

Currently, in the U.S, more than 100,000 people need an organ transplant and in the UK, almost 6,500 people are on the waiting list. However, despite this recent success, there is still the issue of humans rejecting pig organs. Scientists make efforts to perfect the technology as pig organs are of similar size to those of humans. This makes them the perfect candidates in xenotransplantation.

In addition, genetically modified pigs are a matter of ethics. Several groups argue that it might become a breach of animal rights. On the other hand, scientists comment that the pigs will be humanely handled. Until then, however, there is still a long way to go. The process is in the early stages of development but it has the potential to make xenotransplantation a reality.

Read more of the scientists’ experiments with CRISPR and gene editing technology.