You are here: Home / Health / Scientists Are Working On A Genetic Blood Tests To Detect Early Stage Cancer 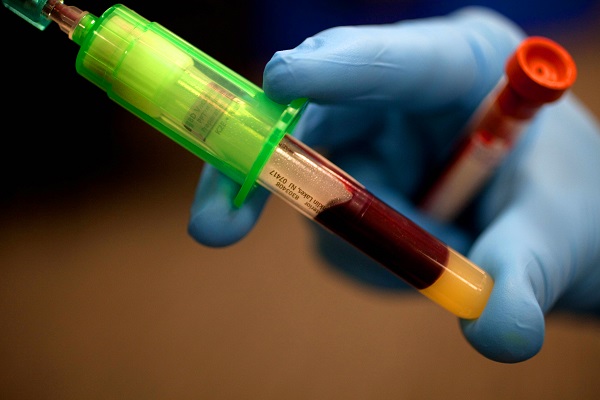 A team of researchers is working on creating genetic blood tests that can detect early stage cancer.

A team of researchers is working on developing a new genetic blood test that would be able to detect early stage cancers. Particularly for ones that turned deadly if caught too late, for example, lung tumors.

Johns Hopkins Kimmel Cancer Center in Baltimore researchers are behind this new study. They are led by Dr. Victor Velculescu, a co-director of cancer biology at the center.

As Dr. Velculescu explains, this new genetic blood test scans the patient’s blood for specific DNA fragments. These particular ones are released by cancerous tumors and could be a giveaway of the latter’s presence.

The test reviews sample DNA fragments for 58 “cancer-driver” genes. By studying the blood itself, this new option should also not return false positives for cancer-free people.

“If we are able to detect cancer earlier, our chances of saving lives would be much higher. The survival difference between late-stage and early stage disease in these cancers accounts for over a million lives worldwide each year,” stated Velculescu.

The study team tested the efficiency of its genetic blood test by analyzing the blood of 200 patients. These were all known to have cancer. The researchers also tested cancerous tissue removed from 100 of these patients.

According to reports, the tests were capable of detecting stage 1 or 2 lung, breast, ovarian, and colon cancers. Their accuracy rates were of between 59 percent to 71 percent in the case of already diagnosed patients.

Also, the genetic blood tests were able to accurately screen out healthy people. This was tested by analyzing the blood of 44 volunteers, which returned no false positives.

The researchers will now be looking to improve the sensitivity of their genetic blood tests. They will also be working on improving the detection rate.

More work is still needed, and larger tests will have to be carried out, according to Dr. Velculescu.