You are here: Home / Health / Drones Carrying Blood Supplies Save Lives In Tanzania 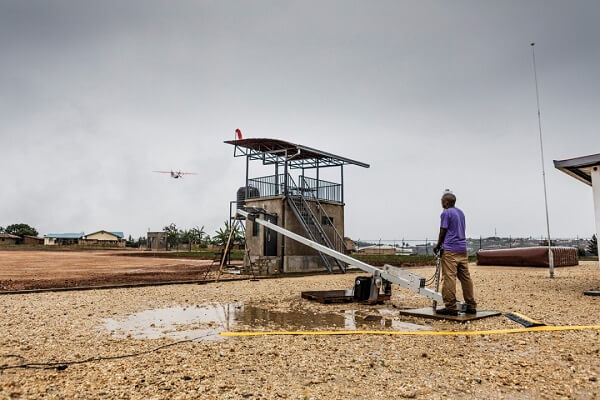 California startup Zipline expanded in Tanzania after delivering life-saving supplies throughout neighboring Rwanda. The company arrived in Rwanda last October and has made 1,400 deliveries by using drones to get to some of the most remote parts of the country.

CEO Keller Rinaudo has been helping the people of Rwanda since last October with the help of drone technology. Zipline’s drones have managed to deliver much-needed blood supplies to places where ground vehicles cannot reach patients in time, especially in case of emergencies. In bad weather, the ground turns to mud and the vehicles cannot reach those places at all.

The success of the company prompted the Tanzanian government to accept the technology. The government is in need of at least 2,000 deliveries on a daily basis and aims to build four distribution centers to serve an area as big as Texas and Louisiana put together. The first distribution center is set to be built in Dodoma, Tanzania’s capital. From the initial four centers, the Tanzanian government wishes to expand into an entire network to serve its millions of citizens.

The centers will be hosts to 30 drones, each capable of making 500 deliveries daily. Zipline plans to use upgraded versions of the current drones which will be able to carry three pounds of cargo at a speed of 70 mph. In addition to blood supplies, the centers will be carrying emergency vaccines, HIV medication, and other medical supplies.

Zipline built its team by training local engineers and health workers in order to provide the necessary humanitarian work. The same approach will continue in Tanzania as well.

Rinaudo considers an expansion in America but drone deliveries are much harsher regulated there. Rinaudo believes that rural America is in need of a Zipline-like service as health care is still a hotly debated issue in the country. So far though, nothing points into that direction.