You are here: Home / Science / The Milky Way May Be Home To 100 Million Black Holes 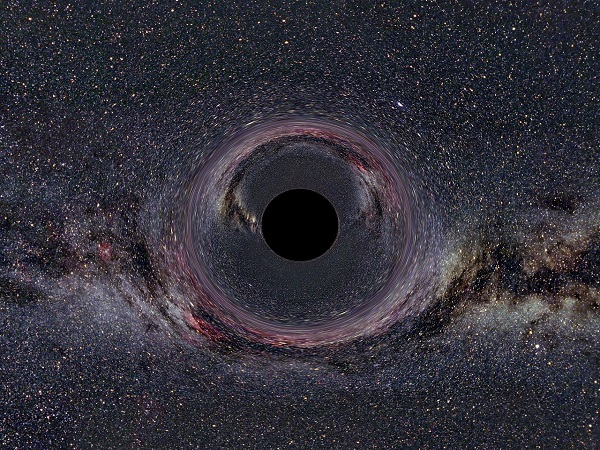 The Milky Way might be holding more than 100 million black holes.

According to a newly released study, our home galaxy, the Milky Way, might be holding its fair share of black holes, perhaps even up to a staggering 100 million. The research, a theoretical survey, estimated these values by looking at elderly stars and their numbers.

More Than 100 Million Black Holes, More Than Ever Expected

Many massive elderly stars perish in a rather dramatic manner by collapsing in on themselves, which then results in the birth of a black hole. These are objects so dense and that not even light can escape their grasp.

The new survey is based on available information about the distribution of stars in the galaxy. This helped detect where they are located, and how big they are. Then, the team used this data to try and determine how many stellar-remnant black holes are in the Milky Way.

According to the researchers, the results were surprising. The numbers were higher than expected, as they ended up being in the millions value.

“We have a pretty good understanding of the overall population of stars in the universe and their mass distribution as they’re born, so we can tell how many black holes should have formed with 100 solar masses versus 10 solar masses,” stated James Bullock, the study co-author.

Bullock states that there might be as many as 100 million black holes in our Milky Way alone.

The researchers claim to be able to determine how many black stars form in each galaxy, and also how these came to be. This can be reportedly achieved thanks to the current information on star formation in different types of galaxies.

The scientists point out that bigger galaxies are also home to older stars. In turn, this makes them prone to holding more older black holes, or to hosting newly created ones.

According to a university statement, this research came after the team of scientists detected, for the first time ever, gravitational waves. These are disturbances in space time that come as the result of enormous events. For example, two black holes crashing into each other and then merging.

Study results and estimates are available in the journal Monthly Notices of the Royal Astronomical Society.