You are here: Home / Science / Zealandia, Once Lost, Now About To Be Rediscovered By Scientists 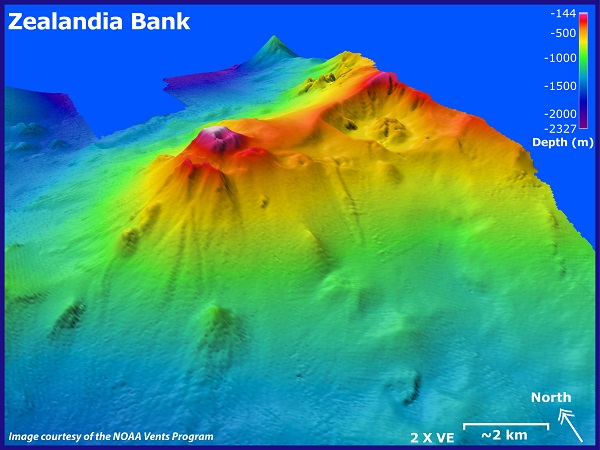 A team of scientists embarked on an expedition towards Zealandia, the once lost continent.

An entire continent that was once lost has been rediscovered by scientists. They call it Zealandia, and it stretches underneath the Western Pacific from New Caledonia to far southeast of New Zealand. Much if it sank under water around 75 million years ago, though a few pieces can still be found sticking about the ocean surface. Now, a new scientific mission has been launched to study this lost continent beneath the waves.

The potential continent covers over 5 million square kilometers. It was once a part of the Gondwana supercontinent, but it broke off and eventually become submerged. It is a huge, underwater landmass that has never been properly studied by scientists, despite the fact that they have known of its existence as a geological formation.

The drilling ship Joides Resolution is on its way now with a team. They plan on collecting core samples to determine the composition of the Zealandia plateau. Their tests will also look at the plate tectonics of the region and the sub seafloor life.

In a paper recently published in the journal of the Geological Society of America, the researchers claim that this area should be added as an eighth continent. It meets the criteria established for all other continents: unique geology, elevation above the surrounding area, a clear border, and a crust that is thicker than that found on the floor of the ocean.

The scientists also believe that the formation of this continent once lost had a role in the development of many modern climate patterns. Now that scientists have rediscovered it, it may give us answers to how climates and geographies may change in the future.