You are here: Home / Science / Scientists Spotted And Named The As Yet Smallest Star 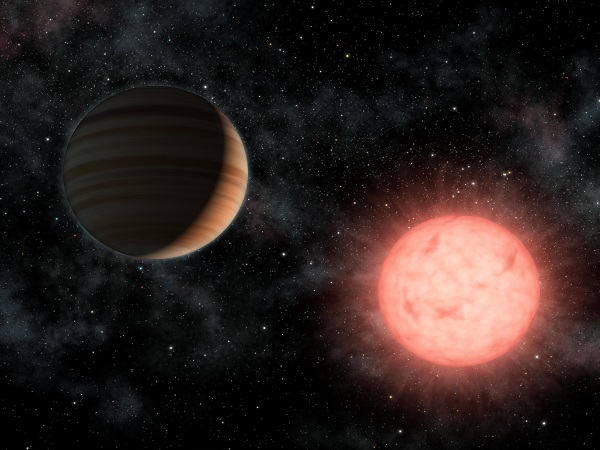 The smallest star yet discovered is just slightly bigger than Saturn and named EBLM J0555–57Ab.

Earlier this week, University of Cambridge scientists released details on the smallest star as yet discovered, which they named EBLM J0555–57Ab. Part of a binary system, this space body is just slightly bigger, in astronomical terms, than Saturn.

The Smallest Star Yet Could Have Had a Different Life

EBLM J0555–57Ab is can be located some 600 light-years away from our planet. It was noted to be part of a binary system which, in this case, means that it is orbiting a much larger star.

Researchers state that EBLM J0555–57Ab has an extremely diminutive size, one that barely qualifies it as being a star. Alexander Boetticher, one of the involved astronomers, stated that

“Had this star formed with only a slightly lower mass, the fusion reaction of hydrogen in its core could not be sustained, and the star would instead have transformed into a brown dwarf.”

This is the same reason for which Brown dwarfs are also sometimes called ‘failed stars’. Still, this smallest star still has enough mass as to enable a hydrogen to helium fusion in its core.

EBLM J0555–57Ab’s extreme faintest cannot be forgotten though. This star is approximated to be in between 2,000 to some 3,000 times fainter than the Sun.

Part of a binary system, EBLM J0555–57 is the larger and much brighter parent star. Coupling its proximity to its small relative to this latter’s faintest gives an idea as to how hard EBLM J0555–57Ab was to detect.

Initially, the team reportedly did not even detect its presence. EBLM J0555–57Ab made itself known after being detected passing in front of the larger EBLM J0555–57. Additional tests and monitoring helped attest its ‘star’ status.

Research findings are set to be published in an upcoming issue of the journal Astronomy & Astrophysics.

Astronomers will most likely continue studying this smallest star, as there is still much to find out about it. Tiny stars, ones with a mass less than 20 percent of that of the Sun’s are theorized as being very, if not the most common in the Universe.

But their dimness and small size make them hard to find and even more difficult to study, so researchers are still on the lookout for more.