You are here: Home / Science / What Killed The Dinosaurs Helped Frogs Expand? 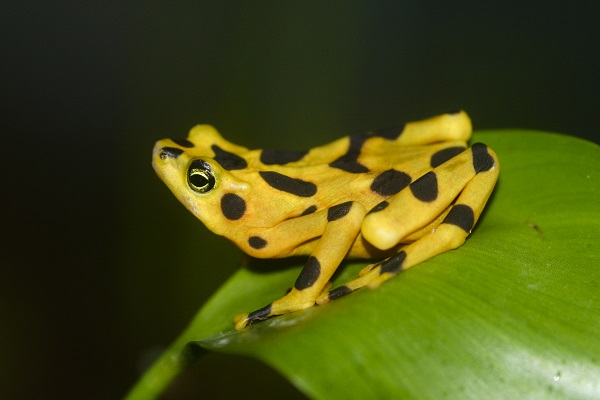 Research found that frogs started diversifying some 66 million years ago, after an asteroid strike.

A new study shows that one’s problem may be another one’s luck. Namely, it found that the same asteroid collision that led to the disappearance of dinosaurs also helped frogs thrive. The research findings state that the 66 million old event was crucial in the advancement of the 200 million years old species.

Frogs make up about 99 percent of all modern amphibian species. Scientists are also still amazed at their diversity and also extended geographical distribution, and this latest research may come to offer a further clue about how this came to be.

Little was previously known about this amphibian’s evolutionary history or what led to its diversification. Now, this latest study claims that one possibly ‘crucial’ element behind this latter may be the “vacuum” created by the asteroid strike already tied to the disappearance of dinosaurs.

Frogs Survived and Thrived in a ‘Vacuum”

An international team of researchers analyzed 95 genes collected from 156 frog species. Then, they combined the resulting data with information gathered from previous studies, which targeted 145 other species.

This helped detect the simultaneous emergence of three simultaneous lineages, ones that make up for some 88 percent of all living species. These have been noted to have evolved some 66 million years ago. Namely, they started thriving at the end of the Cretaceous and start of the Paleogene and after the asteroid strike.

“Frogs have been around for well over 200 million years, but this study shows it wasn’t until the extinction of the dinosaurs that we had this burst of frog diversity that resulted in the vast majority of frogs we see today,” stated David Blackburn, a study co-author.

The research team was also reportedly surprised by the results. This is because previous studies suggested that modern frogs may trace back their origins to much earlier and ancient times.

Instead, these seem to have started truly evolving and diversifying only after an event which killed off some three-quarters of all the fauna and flora on Earth.

Researchers will now look to determine what enabled the survival and diversification of these specific lineages and not others that also existed at the time.

Study results are available in the journal Proceedings of the National Academy of Sciences.