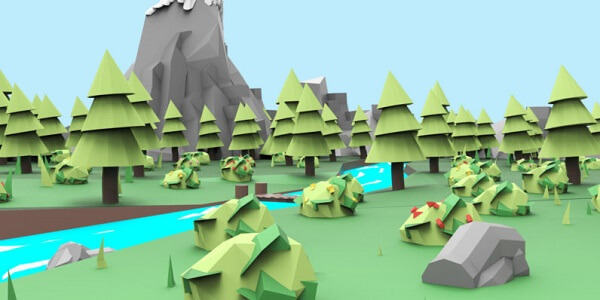 The new Blocks app is a step forward in the VR industry.

With the launching of Google’s latest 3D modeling app Blocks, the company aims to perfect content creation in Virtual Reality. The app comes as a complementing product to the existing Tilt Brush, which allows the users to paint with light and color that give the impression of a 3D sculpture.

With Blocks, Google re-used the technology behind the extremely successful Tilt Brush and added the opportunity for users to actually create 3D models in virtual reality. While the VR still has visual restraints as of now, Google managed to shift them to the benefit of the Blocks app. The 3D objects are still low resolution but the polygons are stylish and colorful due to the very clever implementation of light and shadows. Product manager Jason Toff from Google VR’s creative team stated:

What we’re doing is saying, OK, rather than having to learn about specularity and textures and lighting, let’s just boil it down to the most essential colors and shapes and see how far you can get.

Blocks is now available on the HTC Vive and the Oculus Rift as the user interface uses the motion controllers available for these products. The HUD incorporates a palette of tools where users can choose simple 3D shapes that they can then manipulate into objects. By modifying cubes, cylinders, and spheres, Blocks offers the freedom to dabble into the VR medium without discouraging beginners. Users can also export and share their creations on the internet.

In addition, the low polygon implementation allows the app to be run and loaded quicker on slower systems and the files easily exported on the web. As of now, Blocks seems to be addressed mainly to developers and virtual content creators and not professional artists. Google encourages developers to use the assets in Blocks and push the VR industry into a new direction.