You are here: Home / Health / Scientists Point Out The Risk To Kids Brought By Lawn Mowers 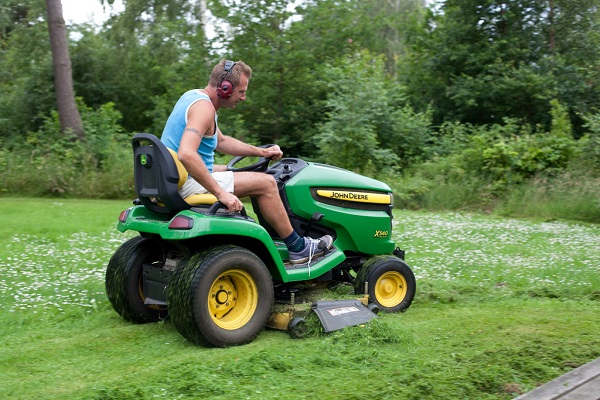 Lawn mowers could pose more risks to young children that might be seen at first glance.

Lawn mowers are perhaps one of the most common pieces of big equipment around the house, but that does not mean that they are necessarily safer than others. Scientists recently pointed out the need for reminding people about the potential dangers and risks of such machines.

This new set of warnings is released as part of the June National Safety Month program.

A recent study shows that the number of children with lawn mower-related injuries is decreasing when compared to past years. Conducted by the Center for Injury Research and Policy part of the Nationwide Children’s Hospital, these results were published in the American Journal of Emergency Medicine. However, they also point out that such machines can still be the cause behind serious injuries.

According to reports, on average, 13 children need emergency treatment due to a lawn-mower related injury every day. This would mean almost 4,800 kids with such injuries every year.

Apparently, the most common lawn mower-related problems are cuts. These account for 39 percent of the reported cases. They are followed by burns, which make up 15 percent. Observations noted that most of the children to come in with lawn mower injuries were treated and released. Still, over 8 percent needed a more serious intervention and had to be admitted to the hospital.

Also, many of those to present lawn mowers injuries were bystanders or even passengers. These were reportedly almost four times more likely to be wounded that the operators.

Reports show that the lawn mower injury types in kids depend on their age. While smaller children are more likely to come in with a “back-over” problem or burns, kids 5 to 17 are more likely to get cut or struck by such machines.

“While we are happy to see that the number of lawn mower-related injuries has declined over the years, it is important for families to realize that these injuries still occur frequently during warm weather months,” stated Dr. Gary Smith.

He is an MD, Ph.D., and senior author of the Center for Injury Research and Policy study. This new research also comes with simple injury prevention methods.