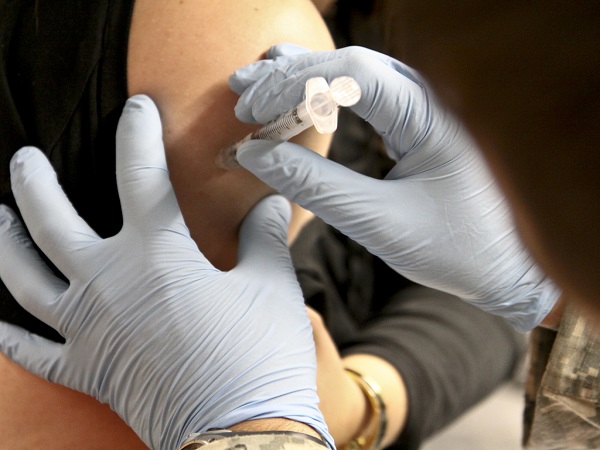 Microneedle patches are being tested as an alternative to the traditional flu shot.

A new study went to test the safety and efficiency of replacing the traditional flu shot with microneedle patches that help administer the vaccine.

This new research was conducted by Georgia Institute of Technology and Emory University scientists and offers one of the first alternatives to a flu shot. The team also carried out a small-scale trial to test its effects.

The research team created a small patch, quite close to a sticking plaster, which comes equipped with a collection of “microneedles” on its surface.

This has to be pressed into the skin until the wearer hears a click. Once fixed, the microneedles start dissolving into the skin, which carries the vaccine into the body. The thumbprint-sized microneedle patches each come with 100 needles some 0.03 inches long.

For their trial, the scientists asked for the help from 100 healthy US adults, aged between 18 to 49-year-olds. None of them had gotten a flu vaccine during the 2014 – 2015 season. The participants were randomly split into four groups, one of which had them receive the common flu shot.

Another got the microneedle patch, while yet another received a placebo patch, both being administered by medical staff. The last group was assigned patches, but the participants had to apply them themselves after watching a short instructional video.

The study team also imaged the used microneedle patches, which helped confirm that all the vaccine had been dissolved. This also meant that the pieces could be easily disposed of after being used.

“It’s very gratifying and exciting to have these patches tested in a clinical trial, and with a result that turned out so well,” stated Mark Prausnitz, the study’s senior author.

Research and trial results are available in a paper in The Lancet.

The study team is now planning on moving on to a phase II clinical trial, one with a larger number of participants.