You are here: Home / Science / Massive Bleaching Event Seems To Be Coming To An End 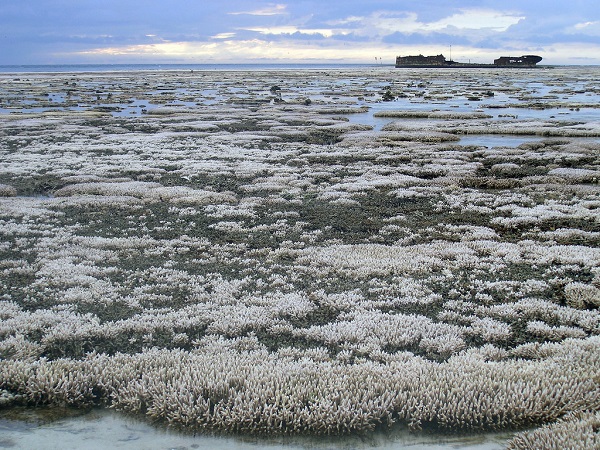 Earlier this week, NOAA announced that the massive bleaching event which has been affecting coral reefs from all over the world for three years now seems to be coming to an end.

The US National Oceanographic Atmospheric Administration (NOAA) based its statement on the analysis of satellite as well as model data. It was also brought about by the apparent stop in advancement in the Indian Ocean.

Massive Bleaching Event Over, Prepared for Next One?

NOAA’s statement points out that this bleaching event lingered “for an unprecedented” period of three years. This is the longest such event recorded since the 1980s. It is also the third massive bleaching ever recorded.

NOAA points out that latest forecasts show that bleaching has stopped affecting the Atlantic, Indian, and Pacific ocean basins. Especially in the Indian ocean, coral bleaching appears to have stopped spreading.

NOAA announced the beginning of this third global coral bleaching back in 2015. Caused by the increased water temperatures, all of the world’s coral reefs had to experience above-normal temperature levels. Over 70 percent of them were subjected to a prolonged such level, which can lead to irreparable bleaching.

Reports show that the Great Barrier Reef in Australia was hit by the worst bleaching event in history in both 2016 and 2017. The Indian Ocean and Japanese reefs were also badly hit and very much affected by bleaching. U.S. coral reefs were also severely impacted, with the hardest affected being in Florida and Hawaii.

Still, scientists noted that this massive bleaching event did not touch all coral reefs. Some escaped even if they also had to face the damaging conditions. Now, researchers will be looking to study such areas. They will try to determine whether their environment or their characteristics helped them escape the heat stress.

“We are reducing local threats to coral, and are looking into innovative ways to increase coral populations and species that are more resilient to rising ocean temperatures and acidified waters,” stated Jenifer Koss.

She is the NOAA Coral Reef Conservation Program Director.