You are here: Home / Science / Jupiter’s Status Of Oldest Planet Confirmed By Meteorites 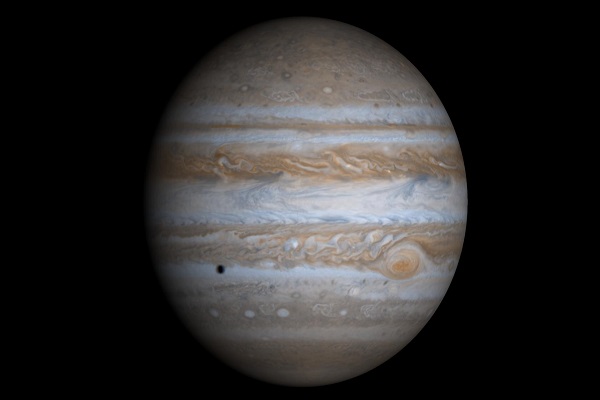 New evidence offers further proof in favor of Jupiter’s being the oldest planet in the solar system.

Scientists found new evidence that strengthens and also brings additional data about Jupiter’s age by studying meteorites. The gas giant has long since been considered the oldest planet in our solar system, but researchers were unable to pinpoint its exact formation period.

Now, an international group of scientists studying Jupiter’s nearby nebula reservoirs managed to do just so. The researchers state that meteorites formed in these areas can reveal valuable information about the planet. Both their formation times and “distinct genetic heritage” can help put a date on Jupiter’s appearance and growth.

The researchers, part of the Lawrence Livermore National Laboratory and the University of Münsterin’s in Germany Institut für Planetologie studied iron meteorites. These formed in two of the nebular reservoirs surrounding Jupiter, and as the study showed, are quite different.

The team studied the meteorites’ molybdenum and tungsten isotopes. This revealed the genetic differences between them, and also the fact that the reservoirs themselves coexisted. Still, they appear to have been separated some 1 million to 3 million years following the formation of the solar system.

“The most plausible mechanism for this efficient separation is the formation of Jupiter, opening a gap in the disc and preventing the exchange of material between the two reservoirs,” stated Thomas Kruijer, the lead author.

He continues by adding that Jupiter is the oldest planet in the solar system, one that formed in the early period of the universe. Also, Kruijer stated that the gas giant’s solid core is believed to have formed “well before” the dissipation of the solar nebula gas. These results are consistent with the “current core accretion model for giant planet formation”.

Simulations of the birth and evolution of the solar system had already predicted Jupiter’s status as the first planet to develop. Researchers consider that its evolution also contributed to the development of the other planets. It did so by both its gravitational pull and its impressive mass.

A more precise dating of Jupiter can help establish a more accurate timeline of the evolution of our solar system in its early days.

Study results are available in the journal PNAS.