You are here: Home / Science / By Analyzing Juno’s Images, Scientists Noted That Its Snowing On Jupiter 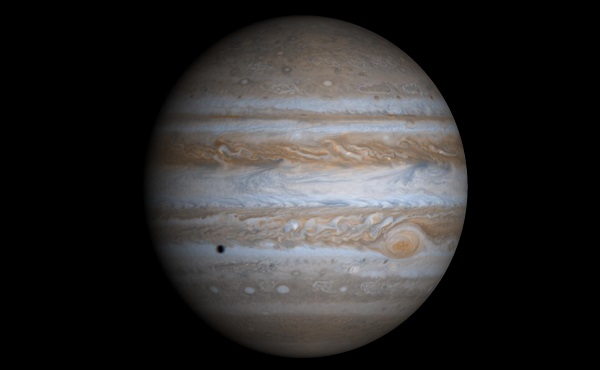 Juno mission scientists state that some of the new images show that it’s been snowing on Jupiter.

Over the past few weeks, scientists and space enthusiasts have been all abuzz with data on Jupiter beamed back by the Juno spacecraft. The source of two new studies, this information now reveals that, at least in some of the images, it was snowing on Jupiter.

It’s Been Snowing on Jupiter, But With What?

The Jupiter-targeted spacecraft, Juno, first reached the gas giant planet on July 4, 2016. Since then, it has been orbiting this world and also conducting regular flybys. Both its regular passes and these up-close encounters help collect new information about Jupiter.

Juno’s primary mission is to gather data on the planet’s structure and composition. It is also looking to understand its magnetic and gravitational fields better. This can help better understand how this planet formed and then evolved.

On May 25, the Juno mission team was part of a news conference at the Southwest Research Institute in San Antonio. During this event, Scott Bolton, the mission’s principal investigator, revealed that it’s been snowing on Jupiter.

According to statements, the team observed fluffy white clouds floating above Jupiter. Not only that, but the spectacular new images showed that these clouds also cast something very tiny on top of the planet’s multicolored cloud decks. Only the shadows of these tiny structures could be seen clearly

Juno mission members point out that these clouds are very high up in the gas giant’s atmosphere. Up to 50 miles wide, these formations are certainly very cold. So any material that they might be shedding must most likely be frozen, says the team.

“It’s probably mostly ammonia ice, but there may be water ice mixed into it, so it’s not exactly like the snow that we have [on Earth],” stated Bolton.

He also added that describing this as snow may be part imagination as well. Bolton considers that the tiny structures could just as well be hail.

Still, this weather event is just one more of the many mysteries that emerged after Juno reached and started sending back data on Jupiter. It remains to be seen what many more interesting things it will discover.