You are here: Home / Entertainment / Jessica Chastain in Talks to Play Villain in the New X-Men Movie 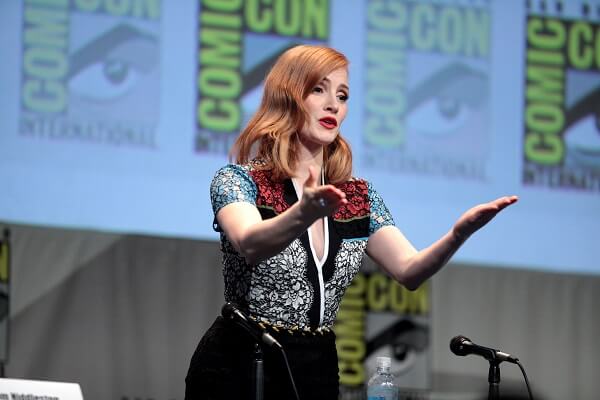 News from the giant 20th Century Fox regarding the rebooted X-Men franchise hyped Marvel fans everywhere. From Bryan Singer letting Simon Kinberg once again in the director’s chair to fan favorites reprising their roles, the addition of Jessica Chastain as a potential main villain in the upcoming movie seems like a very smart move for the start of the new saga.

Jessica Chastain is well-known for her memorable performances in movies like Interstellar and The Martian, so it only seems natural to attach her to the role of the evil Empress Lilandra Neramani. Marvel fans know her as one of the leaders of an alien race called Shi’ar who commands the powerful Imperial Guard.

Lilandra’s mission is to capture and destroy the Phoenix that is a host in Jean Grey’s body. Because the Phoenix holds the power to destroy an entire star system if corrupted, Lilandra’s interests make her a more complex character.

Fans know Lilandra as a very important piece in the Dark Phoenix saga. So, hope lies with how director Simon Kinberg is going to tackle the source material as the movie script is yet unknown.

Kinberg has previously directed X-Men: The Last Stand which dealt with the Phoenix saga as well but fans were disappointed with the final product as it went into a different direction than the comic book plot.

The role of Jean Grey/The Phoenix will be reprised by Sophie Turner as well as many other familiar faces such as James McAvoy as Professor X, Michael Fassbender as Magneto, Nicholas Hoult as Beast, Jennifer Lawrence as Mystique, Alexandra Shipp as Storm, Tye Sheridan as Cyclops and Kodi Smit-McPhee as Nightcrawler. So far we don’t know if Evan Peters will return as Quicksilver.

X-Men: The Dark Phoenix is set to arrive in theaters in November 2018.