You are here: Home / Science / The Earliest Homo Sapiens, Cause Of Change In The Human History? 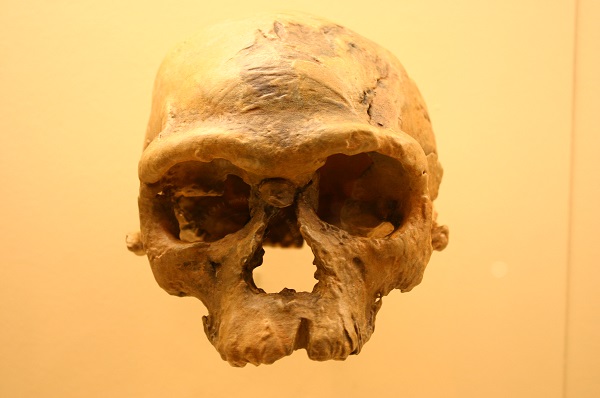 A new find discovered by a team of European and Moroccan scientists in the deserts of Jebel Irhoud in Morocco may set back the appearance of the earliest Homo sapiens in Africa by a minimum of 100,000 years.

The oldest fossils generally agreed to be modern humans found before this have been dated to be around 200,000 years old. These were found in eastern Africa. This new skull, bones, and a set of tools have been determined to be nearly 315,000 years, and they could alter the entire estimate of when human history began.

Is the Earliest Homo Sapiens Even Older Than Believed?

The team behind this new discovery was led by Jean-Jacques Hublin, a director of human origins at the Max Planck Institute in Germany. They found the fossilized bones of five individuals in a rock face.

Hublin’s team used a method called thermoluminescence to date several tools discovered in the same strata as the fossils. These remains were also found next to charcoal, perhaps a clear evidence of the use of fire.

The lower and upper jaws and the cranial cap were used to create a 3D digital representation of what the completed skull would have looked like. Many of its features were identical to those in the faces of Homo sapiens fossils. This sets it as part of the branch that separated from a species known as the Homo heidelbergensis at about the same time as the Neanderthals – the branch that led to us.

However, there is some controversy on this matter. Scientists from the Smithsonian Institution have also examined the findings published in the journal Nature. Their director of human evolution believes that the conclusions are somewhat premature.

He claims that differences like the cranial elongation and jaw placement indicate that while these new fossils may have been a step in human history, they are not precisely the earliest Homo sapiens.

Hublin’s paper was also joined by results from another study team and a general analysis on the matter.