You are here: Home / Health / A New Version Of The Existing Vancomycin Should Be Even More Efficient 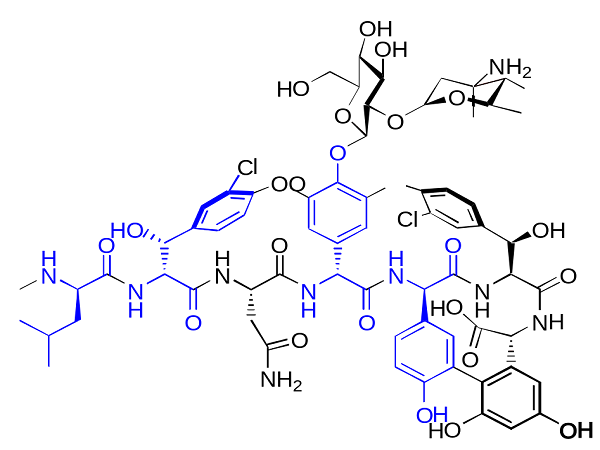 Scientists just gave a boost to an existing antibiotic, vancomycin.

A team of scientists just recently developed a new version of the already existing antibiotic vancomycin. Thanks to a series of three modifications, this strong drug should become even more potent and efficient in fighting against superbugs.

The new vancomycin was developed by researchers part of The Scripps Research Institute or TSRI led by Dale Boger. They published a paper with their results in the Proceedings of the National Academy of Sciences.

Thanks to previous research, the study team determined that vancomycin’s structure could be modified and made even stronger. This antibiotic is already being used by doctors, as it started being prescribed some 60 years ago. Nonetheless, bacteria have only recently started building up a resistance against it.

Vancomycin’s “mechanism of action” is based on the disruption of the bacteria in their trying to form cell walls. The fact that these only recently started developing their own resistance seems to indicate the antibiotic’s already strong nature.

Even so, Boger and his colleagues determined that two modifications to vancomycin’s structure could make it even more potent. Also, its bigger strength will also mean a lower dose, according to the team.

“With these modifications, you need less of the drug to have the same effect,” stated Boger. He also added that “Doctors could use this modified form of vancomycin without fear of resistance emerging.”

This new study also shows that vancomycin could actually receive a third modification as well. Through it, the antibiotic will still intervene with the bacteria’s cell wall, but in a new and promising way. The team states that a combination of the three changes could make vancomycin 1,000-fold more active.

Also, this new version of the medicine could make it the first antibiotic with three distinct mechanisms of action. Boger states that these will be increasing vancomycin’s durability. He points out that organisms aren’t capable of dealing with three independent such mechanisms. Even if they would go around one, there would still be the others.

For the moment, the study team only tested this new version’s results in lab tests. Neither human nor animal tests have been made.

According to the scientists, their next step will be to find a way of synthesizing this modified antibiotic in a simpler manner.