You are here: Home / Science / Jeremy, The Rare Left Coiling Snail, Had No Chance With Its 2 Mates 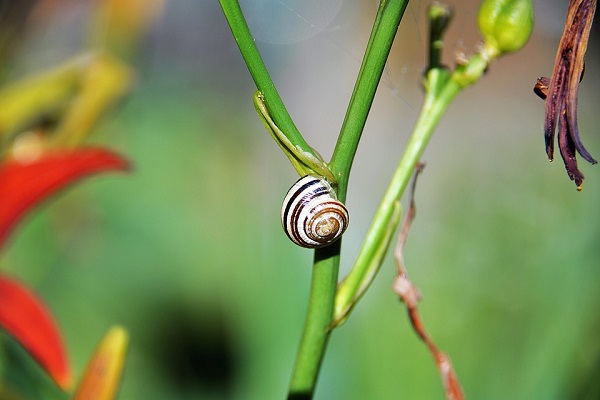 Despite having two mates, Jeremy, the rare left-coiled snail has yet to reproduce with either one.

Against all odds, the world managed to find Jeremy, a rare left-coiling snail, a mate or even two. Still, this couple soon turned triangle was not in Jeremy’s favor as his two partners reproduced with one another while he was still gathering his bearings.

The story goes as follows. University of Nottingham scientists discovered and have been studying a very rare garden snail. Most of the members of his species have a right-coiling shell, but Jeremy’s curls counterclockwise. This also means that his reproductive organs, usually placed on the right of the head, are to the left.

Which makes it impossible for the snail to mate with other members of his species, expect for other left-coiled snakes as him. Last year, a team of researchers studying him issued a global matchmaking call, which helped find two suitable mates. Named Lefty and Tomeu, their shells also curl to the left.

Jeremy and His New Chance at Having a Family

The team hoped that, once the snails exited winter hibernation, they will begin reproducing among them. But their plans were left hanging as Lefty and Tomeu mated between them, and Jeremy was left to the side. This may have happened due to this rather sluggish manner after waking up, as he presented a distinct lack of energy when compared to the other two.

Still, the team pointed out that things are looking up for Jeremy. Angus Davidson, who is part of the research team, stated:

“He has since become much more lively so we continue to hope that we can do the experiment and understand the genetics of all three snails.”

Also, Lefty will be returning home to his owner, so the team is hoping that the remaining two snails will mate. Still, Lefty’s contribution was significant as in between them, he and Tomeu produced over 170 hatched baby snails.

These helped answer one important question. Namely, are the offspring of left-coiled snails counterclockwise-shelled as well? At least for the moment, the answer seems to be no as no left-coiled baby has emerged. The team believes that this rare mutation may occur in just 1 in 100,000 snails.

Still, researchers will continue studying the two specimens and hoping that they mate and have a “whole family of left-coiling snails.”

A paper with a possible explanation for this rare mutation was published last year in the journal Current Biology. The scientists note that figuring out the cause of this left-coiling may help explain other asymmetries in animals as well.