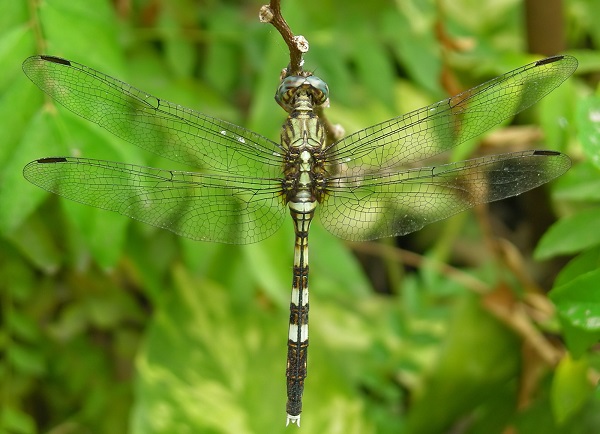 A new study reveals that female dragonflies resort to faking their own death to avoid mating.

Mating is a quite complicated process for some species in the natural world. As of April 24th, the same can be said for female dragonflies who are faking their deaths to avoid mating.

A Ph.D. student at the University of Zurich was conducting a different investigation on dragonflies when he discovered this behavior. Rassim Khelifa was researching temperature effects on the hatchlings of moorland hawker dragonflies.

Female Dragonflies Have Quite A Technique In Escaping Unwanted Advances

During his observations, he watched a male dragonfly closely follow a female one. Suddenly, this latter crashed into the ground. The pursuing male examined the still female for a few moments and then departed.

Khelifa determined that the male was trying to mate. As the student attempted to examine the female, he was surprised to see her suddenly “come back to life” and fly off. He concluded that she must have taken this fake death plunge to trick the male. After further observations, he found it was not uncommon. In fact, it was a quite regular occurrence.

After a willing pair of dragonflies procreates, the males leave the females unprotected to lay their eggs. These then have to find a safe place for this, often in shrubs or higher vegetation areas. Still, they also have to leave this refuge for nourishment.

Then, males looking to mate can be so aggressive that they often chase females that are ready to hatch. Mating with an aggressive male inflicts unnecessary harm, as Khelifa explained.

“When a male copulates with a female, it first extracts the sperm of the previous male. This can damage the reproductive tract of the female. So, multiple mating is not advantageous for the female.”

Khelifa’s study found that 27 of 35 female dragonflies used this technique. Of these, 21 were victorious in fooling the males. For comparison, all the females that continued to fly were grabbed mid-flight.

Khelifa released a paper with his research on this avoidance behavior in the journal Ecology.