You are here: Home / Science / Dinosaurs Could Have Stood A Chance If Asteroid Struck Elsewhere 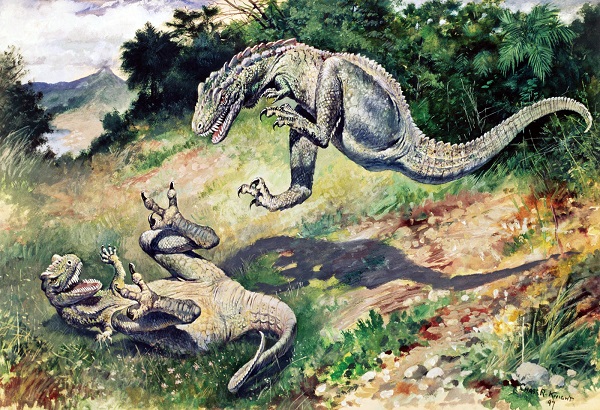 Dinosaurs could have possibly escaped extinction if their asteroid had struck elsewhere.

A recently presented research concludes that dinosaurs could have stood a chance and possibly survived if the asteroid blamed for their extinction had hit elsewhere or at least sooner or earlier. The species, according to this research, was the victim of “the wrong place at the wrong time”.

Dinosaurs Affected More by the Place Than by the Size

Study results were presented as part of a BBC documentary called “The Day The Dinosaurs Died”. This followed an international research team as they drilled a hole in the Chicxulub. Situated off the Yucatan Peninsula in Mexico, this is considered to be the impact crater of the asteroid that eventually caused the extinction of dinosaurs. Chicxulub is a 20-mile deep, 111-miles wide impact crater.

Still, its size doesn’t really match, in scale, its catastrophic results. So the researchers decided to take a closer look at its composition by extracting rock samples. As they did so, they noted its sulfur compounds form.

Based on these samples, the team concluded that the asteroid must have hit a massive lode of Sulphur-rich rock. As it was vaporized on impact, the ensuing dust started blocking out the sunlight. Its effects were seemingly strengthened by the soot resulted from the emerging fires.

As they blocked out the sun, this mixture also led to a cooling effect that eventually plunged the Earth into a cold age. Decades-worth of below freezing temperatures eventually resulted in the dinosaurs’ disappearance.

“Had the asteroid struck moments earlier or later, it might have hit deep water in the Atlantic or the Pacific. That would have meant much less vaporized rock,” said Sean Gulick.

Gulick is a geophysics professor part of the University of Texas at Austin and the study lead. He continued by stating that, if sunlight would have still reached our planet, what happened next “may have been avoided”.

Still, as pointed out in the documentary, the planet may have been a significantly different place if dinosaur would have continued roaming it. This species extinction was followed by the evolution of other, differently sized and shaped ones, including even our own.