You are here: Home / Tech & Science / Astronauts Aboard The ISS Carried Out Humanity’s 200th Spacewalk 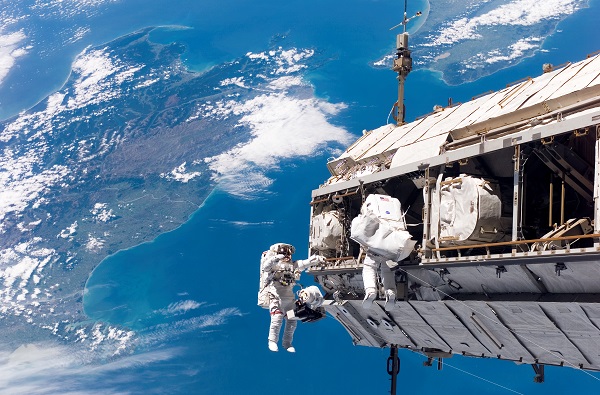 ISS astronauts carried out a historical event as they completed humanity’s 200th spacewalk.

Astronauts aboard the International Space Station (ISS) managed to complete humanity’s 200th spacewalk. They were able to do so although there were complications with the historic event from the very beginning. It began late, got cut short, and the two astronauts involved even had to share an umbilical cord to return to the station.

Peggy Whitson and Jack Fischer began the expedition on May 12, 2017. As the 200th spacewalk, they had hoped it would start right on schedule. However, several issues with the initial hook up to their umbilical lines slowed them down.When at last they were able to emerge, their mission was to replace a large avionics box on the exterior of the station. It supplies electricity and data connections for the ISS. They were also to remove a faulty box that helps regulate experiments conducted in space.

The mission had been planned for six and a half hours. But the NASA control had to cut it to four when a leak sprang in the water supply portion of Fischer’s umbilical. There are two for each astronaut, and they provide water, oxygen, cooling, communication, and power.

NASA made it clear throughout the procedure that Fischer was in no imminent danger, and that his suit was operating normally. However, the agency’s first rule is caution, so they decided to recall the spacewalkers. They had completed the removal of the faulty electronics box, but the avionics box remains for another mission.

This was Whitson’s ninth spacewalk, the most by any American woman, and Fischer’s first. Whitson ended up having to share her umbilical with Fischer as they returned inside the station to safety.  Of course, the situation did not lessen Fischer’s first time floating free.

“Oh my gosh, this is beautiful,” he could be heard saying on the com. Whitson laughed and responded, “Isn’t it?”