You are here: Home / Health / Some 7000 Bodies May Be Buried Under A Mississippi Campus 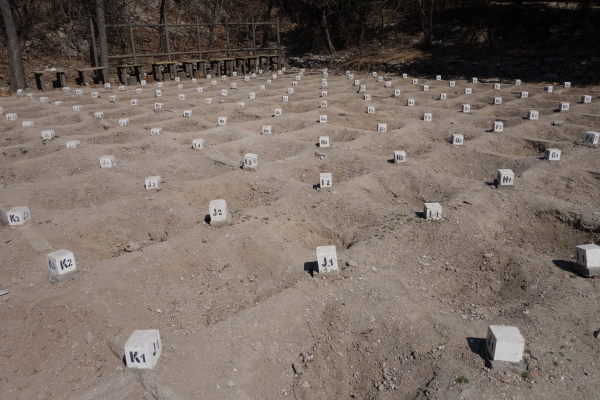 A new report shows that a plot of land of the UMMC may be the final resting place of some 7000 bodies.

A new report shows that a plot of land part of the University of Mississippi Medical Center Campus or UMMC may be the final resting place of some 7000 bodies all buried in coffins. These could be the remains of the former patients of the Mississippi State Lunatic Asylum, the state’s first mental hospital.

The 7000 Bodies Could Find A New Resting Place

According to reports, specialists discovered the remains as they were analyzing some 20 acres of a plot of land. This belongs to the UMMC, who was also looking to use this area to expand its facilities.

The coffins, spread over 20 acres, were discovered thanks to undercover radar tests. According to reports, the estimated cost of exhuming and reburying each of the 7000 bodies could run as high as $21 million. So UMMC is reportedly analyzing the benefits of an alternative plan.

This would have the university preserve these remains in-house for an annual cost of about $400,000. Also, the campus would expand, but with a memorial, which would include a visitors center, as well as a laboratory.

The latter could prove of great help in studying the remains as well as any remaining artifacts, such as their clothes, found in the coffins.

“It would make Mississippi a national center on historical records relating to health in the pre-modern period, particularly those being institutionalized,” said Molly Zuckerman.

She is as associate professor part of the Mississippi State and its Department of Anthropology and Middle Eastern cultures.

The discovered remains were determined to be the former patients of the Mississippi Lunatic Asylum. Built in 1855 after many struggles, this was the first mental health hospital in Mississippi. Capable of holding as many as 6,000 in its peak period, the asylum was relocated to Whitfield in 1935.

Back in 2013, the UMCC discovered 66 coffins as it was constructing a road on the 164-acre original site. In 2014, underground radars detected some 1,000 coffins. Now, the latest estimates show that there may be up to 7,000 bodies in as many coffins.