You are here: Home / Science / Young Eels Are Guided By A ‘Magnetic Sense’ As They Travel? 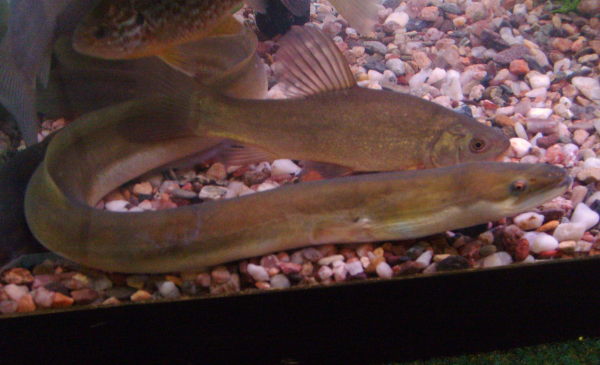 A new study analyzed the natural mechanisms that guide young eels towards Europe.

A new study went to examine the natural mechanisms that guide young eels on their journey towards Europe. As they did so, the research team determined that these specimens let themselves be guided by a “magnetic sense”.

Study results were published in the Current Biology journal. The research was led by Lewis Naisbett-Jones, a marine biologist. Together with his team, he studied the trek towards the Old Land of the European eels.

This species is known to hatch in the Sargasso Sea. However, the specimens then embark on a 3,728 miles trek that will take them to Europe. As it is, specialists have been debating on what guides and carries the young eels to their final destination.

Naisbett-Jones pointed out that this journey comes with its fair share of navigational challenges. For quite some time, researchers believed that the eels just float until they chance upon a current which will take them to their destination. However, this new study shows that the young eels actually use the Earth’s magnetic field as a sort of guide.

This allegedly helps them establish their current position, which helps them maintain their course and bring any needed adjustments to it. The study lead stated that:

“In principal, the way animals can gain positional or directional information from the Earth’s magnetic field is because it varies in a predictable manner across Earth.”

As such, the young European eels develop a sort of map which offers them positional information and guides them. However, the research team is as yet unsure how the species can create such a map.

Nonetheless, this study reportedly helped demonstrate that young eels do indeed have such a map based on their magnetic sense. As it is, the study team will turn its attention towards the European eel adults. They will try to establish if this same magnetic sense is also used later on in their lives as they head back towards the Sargasso Sea breeding grounds.