You are here: Home / Science / The Slims River Was The Victim Of River Piracy 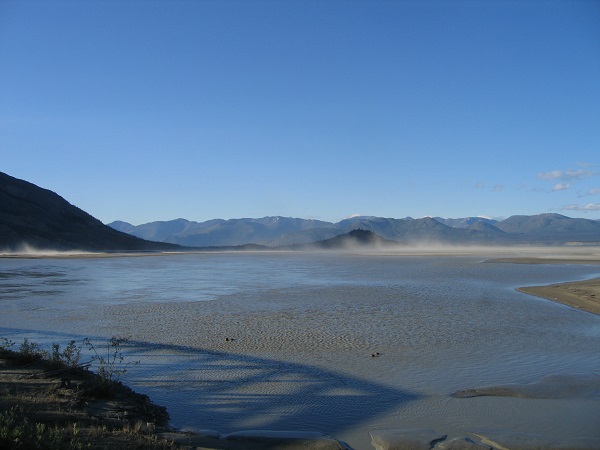 The Slims River was the victim of river piracy, a first ever case recorded in modern times.

The Kaskawulsh Glacier in Canada’s Yukon Territory is usually the source for several local waterways, including the Slims River. The shrinking of this glacier due to climate change in recent years has caused a sudden shift in how its melt flows. Now, it only feeds the Kaskawulsh River instead of the Slims as well. This is referred to as river piracy by geologists. It is not caused by man beyond its roots in climate change.

The Slims River is the primary tributary feeding Kluane Lake, the largest glacially fed body of water in that part of the world. This lake itself is a unique habitat, now in danger of losing its primary source of fresh water. Where the Slims River once flowed at ten feet deep, it now has just a trickle along its fifteen-mile length.After reviewing satellite data, scientists found that the river has disappeared in less than four days. The receding of the Kaskawulsh Glacier due to climate change related warming has accelerated to the point that its runoff no longer reaches the bed of the Slims River. Now all of its meltwater runs to the Kaskawulsh River. This swells its banks in one of the few recorded modern cases of natural river piracy.

There are changes already apparent. Docks at the popular Kluane Lake resort area are now on dry land. Exposed riverbed sediment, easily picked up by the arctic winds, are now creating dust storms.

Lead scientist on the project, Dan Shugar of the University of Washington in Tacoma was quoted as saying:

“So far, a lot of the scientific work surrounding glaciers and climate change has been focused on sea-level rise. Our study shows there may be other underappreciated, unanticipated effects of glacial retreat.”