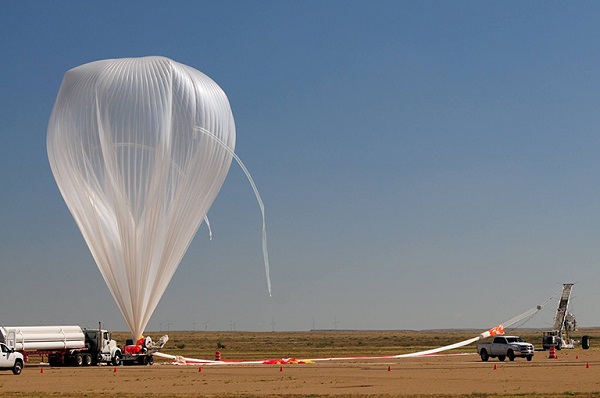 On April 24, NASA successfully launched its super pressure balloon from an airfield in Wanaka.

On April 24, NASA successfully launched its super pressure balloon from an airfield in Wanaka, New Zealand. The stadium-sized balloon is expected to be aloft for more than 100 days. It should travel at an altitude of 110,000 all around the Southern Hemisphere. Its purpose will be to detect and study cosmic rays. These are some of the most energetic particles ever discovered.

NASA to Break Record with its Super Pressure Balloon

Researchers from sixteen nations participated in the launch. A high-altitude, super pressure balloon has become a very efficient way to study the atmosphere without needing to use a rocket-powered vehicle.Debbie Fairbrother is the head of NASA’s Balloon Program Office, which successfully launched the device.

“For decades, balloons have provided access to the near-space environment to support scientific investigations, technology testing, education and workforce development.”

This particular mission is in search of cosmic rays and neutrinos. These are exceedingly rare particles that bombard the Earth’s surface at a rate of one per square kilometer per century. The balloon is carrying a telescope that will be used by the University of Chicago and other teams worldwide.
They will be looking for the elusive particles as they penetrate the atmosphere. An ultraviolet camera inside the telescope will be able to take over 400,000 photographs per second. It will do so in the hopes of capturing evidence of the cosmic rays in an image.
Angela V Olinto, a University of Chicago professor and project leader stated the following. This mission will be looking for “the most energetic cosmic particles” observed until now. Their origin is still a great mystery, one that the team is hoping to solve. Some believe that these particles may come from the massive black hole at the center of a galaxy. Others consider that they might originate from fast-spinning, fast stars. Possibly, even something else.
The EUSO-SPB or Extreme Universe Space Observatory on a Super Pressure Balloon is set to hopefully break the previous flight-length record for a similar device. This is currently set at 46 days.
Image Source: JPL/NASA