You are here: Home / Tech & Science / Europe And China May Work Together For A Lunar Outpost 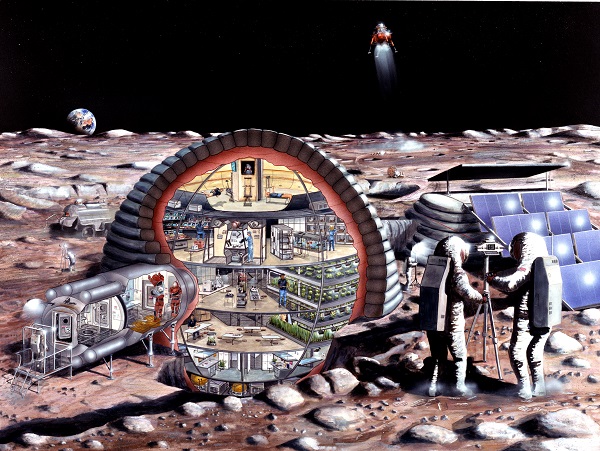 ESA and China began developing a plan on working together to build a lunar outpost on the Moon.

While NASA and many private aerospace companies are looking towards Mars, the European Space Agency (ESA) and the Chinese government are turning their eyes a little closer to Earth. They have begun developing a plan on working together to build a lunar outpost on the Moon.  One that is not in the too distant future.

The two space agencies want to develop a potential lunar outpost that can accomplish a multitude of missions. First, they believe space tourism to the Moon will be a big part of the future. As such, they want to give that nascent industry a boost.

They also believe that mining the Moon for rare earth elements will be a huge economy area very soon. A permanent base would be key to finding and developing those potential resources. Third, both China and the ESA have been interested in Mars as well. They consider a moon base as the launchpad for extended missions to Mars.

Johann-Dietrich Wörner, director of the 22-member ESA, released a statement. “In the Moon

“In the Moon Village, we would like to combine the capabilities of different spacefaring nations, with the help of robots and astronauts. The participants can work in different fields, perhaps they will conduct pure science and perhaps there will even be business ventures.”

As to the new mission to work together with the Chinese, ESA spokesman Pal Hvistendahl also offered a reply. This pointed out the fact that the Chinese have “a very ambitious moon program”, one that is already hard at work.

China has a plan to launch a crewed mission to the dark side of the moon. No humans have ever visited this part. They also used a lunar probe to find water ice near the lunar poles.

Ice is, of course, a key to any lunar outpost. It can provide not only drinking water but also oxygen for breathing and rocket fuel for additional missions or a return flight.