You are here: Home / Science / This Badger Buried An Entire Cow On Its Own 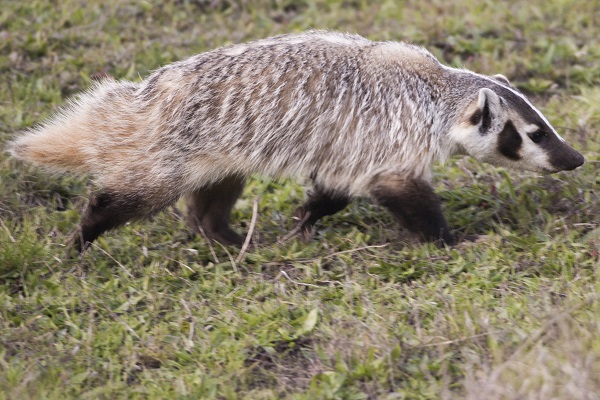 A badger was able to bury a calf carcass, all on its own as such, research took a closer look at it.

A team of researchers carrying out a study in Utah’s Great Grassy Mountains captured an unexpected event. They recorded a badger as it buried a whole cow, all on its own. As such, the researchers decided to take a closer look at this animal’s behavior.

Initially, the team was studying the behavior and the ecology of scavengers in the Great Basin area throughout the winter. In such, in early January 2016, they set up 7 calf carcasses. These were all staked to the ground. They also came with a camera trap which would help transmit the ‘lucky’ scavenger.

An American Badger Diligently Buried A Calf In Just A Week

A week after this setup, Evan Buechley went to take a look at the site. He is a doctoral candidate at the University and part of the study. As he visited the area, he noticed that one of the calf carcasses was completely gone. Initially, the team believed that a mountain lion or a coyote must have dragged it away. But they found no traces to support this theory. Instead, Buechley noticed that the ground was disturbed so he downloaded the image footage.

“We didn’t go out to study badgers specifically, but the badger declared itself to us”.

The research team then watched as a male badger started digging up the area around and beneath the calf carcass. Then, he kicked up the resulting dirt, and diligently covered up the entire carcass. This process took a week and was quite a fit as the badger is four times smaller than its carcass trophy.

The study paper noted that badgers isolate their food in order to protect it and help conserve it. Then, it repeatedly visited the area to feed, which lasted up until March. More research on the matter will be needed.