You are here: Home / Science / These Antarctic Penguins Have Quite A Volcanic Past 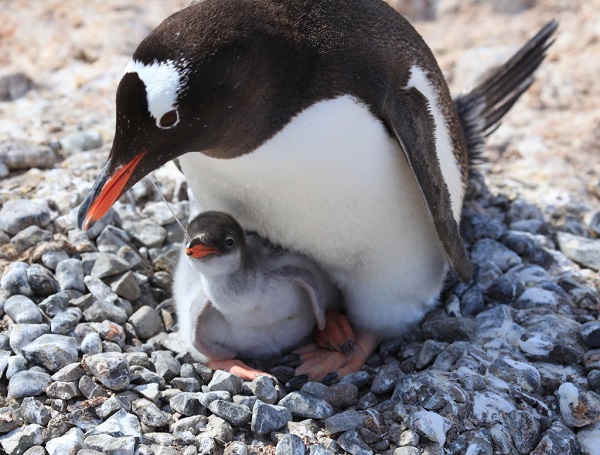 A study on Antarctic penguins shows that volcanic eruptions are the cause of this species decline.

A careful study of thousands of years of Antarctic Gentoo penguin guano, aka “poop,” shows that volcanic eruptions, rather than climate change or rising sea levels, have caused their population to drop in the past.

A team of British and German researchers led by Stephen J. Roberts, Patrick Monien, and Louise C. Foster, published the results of a multi-year analysis of biological, geochemical, and sediment data from Ardley Island in the Antarctic in Nature Communications journal on April 11.

The breeding colony of Antarctic penguins on Ardley Island is one of the world’s largest of its type. These birds have been breeding on the island for over 6,700 years. This historical data allowed scientists to compare thousands of years worth of guano-rich penguin deposits with other types of sediments from a nearby lake where no penguins had ever bred.Analysis of the deposits allowed scientists to track penguin population peaks and declines. The Gentoo penguin population rose five times over the prior 6,700 years. Three of those peaks came to a sudden end when the nearby Deception Island volcano erupted. Each time the penguin colony was almost wiped out, the birds took between 400 and 800 years to recover their pre-eruption numbers.